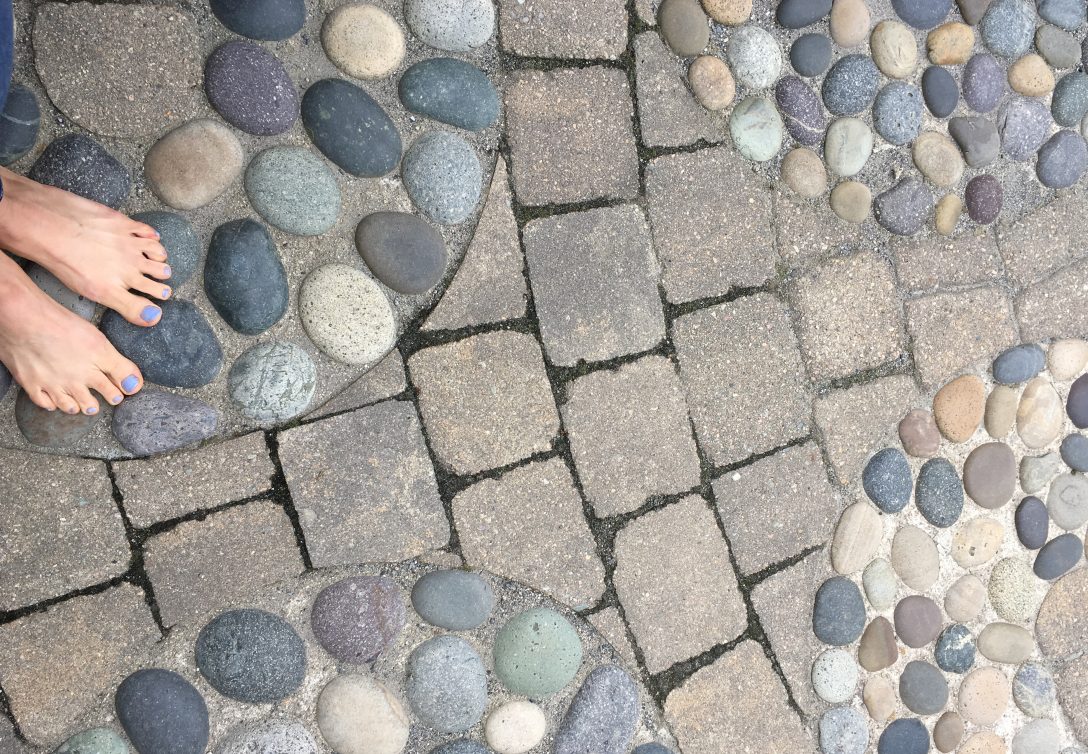 Someone asked me just before the New Year announced its arrival with colorful displays and cacophonous litanies, what word I would choose as sort of a mantra for the year. I had to pause (it felt like a rather weighty decision after all, I should be thoughtful).

I considered the previous year, 2018. This was a year that tested me in ways I’ve never been tested. My health decided to forsake me and as desperately as I tried to swim up through the mayhem of new and damaging symptoms, I only seemed to sink deeper. I was committed to not giving up my life and livelihood even though its quality had been diminished. I fought fiercely to put on a smile and to tell people not to worry because I was fine when that was the farthest thing from the truth. I made jokes. I taught my students. I cooked meals. I attended soccer games and plays where my own kids were competing and performing.

Well, a shadow of me did anyway.

I realized this Christmas that other than remembering how distinctly terrible I felt and the anxiety that swallowed me up as a result, last Christmas was a vast black hole. Because you see, while every picture reveals a woman smiling and being active and grateful for her life and those in it, every picture also hid what was happening on the inside.

On any typical day, I am without fail annoyingly optimistic. I own this trait–and while it can be less than realistic at times, it is also the only way I care to look at this world and my place in it. But in the days between November 2017 and June 2018, not only did my optimism fade, but so did my hope that I would ever be well or whole again…that I would ever hear normally, that I would ever have a non-dizzy day. And as my hope withered slowly, so did my spirit. And as my spirit dwindled I no longer recognized the person I had become and quite honestly, this terrified me.

And then, as though a gift from above, I was offered and received the surgery that fixed most of the physical issues with my inner ear. It was overwhelmingly successful–I couldn’t have ever imagined I would feel this good again and while incredibly grateful, at some point I realized that even though my body was seemingly “cured” (even if only temporarily), I wasn’t healed. There was damage that no surgery could repair. The rebuilding of my trust and my hope and my optimism was going to take time–it was going to take effort…so. much. effort.

“‘Hope’ is the thing with feathers-

That perches in the soul –

And sings the tune without the words –

So I knew hope had to be there…maybe I hadn’t listened carefully enough in the furious “Gale” of those sick days to hear it singing (or maybe I was simply too tired to make the effort to try). But that’s the thing about hope–I don’t doubt that it was always waiting for me to seize it up enthusiastically and allow it to carry me forward. I don’t doubt the power of its force and I don’t doubt that it is there for every single human in this world who seeks it out despite hardship–hope is certainly not biased in who gets to partake. I also don’t doubt that hope, as powerful as it is, lacks the ability to swoop up an unwilling passenger–hope is not for the bystanders, it is an active state of being.

I lost hope because I grew too weary to fight harder to seek and to maintain and to nurture and to treasure it. I lost hope because I thought hope had forsaken me–I removed myself from the equation and I was too blind to even realize my role in this. And once I felt betrayed, once I felt abandoned by hope, all I could feel was sorry for myself. And this was new territory. It took me realizing that I needed to seek hope out for it to sing loudly enough for me to hear.

So, in my pausing to consider what word should define my new year, it was hope that reverberated in my mind and in my heart. This is a world that commands hope for survival. Even when you are not sick, sometimes the world seems to be. It can feel easier to give in to the pessimism, to the rancor, to the weight than to fight to see the goodness humanity still possesses and creates. But it is our job to see that light in others and in the world, to amplify the good, to sing the song of hope so loudly that everyone else cannot help but listen to its melody (and hopefully hum along). And for this year, and beyond, Hope (seeking it, singing it, living into it) is my word, my guide, my path back to myself and who I truly wish to be.

(This podcast is a really great listen for everyone but especially if you are suffering without cure in sight but might benefit from understanding the difference between being “fixed” and being “healed”. It has been an integral part of my understanding on this journey.)

My name is Amy Clark and I teach high school English in Covington, Louisiana. In this blog, you will almost always find a poem attached along with writing about what is happening in my life as I fight with invisible illness or in my classroom (quite often focused on writers notebooks, poetry in the classroom, sparking curiosity in high school students, and choice). View all posts by Amy Clark

Poetry is a staple in my life and in my classroom. There are no poetry units for the simple fact that, to me, poetry shouldn’t be contained in unit or in a month. When given the chance to immerse themselves in poetry they find and that they love, students (and I would argue, people in general) emerge better writers, stronger thinkers, and more aware of themselves and the world they live in.